A Railfans Movie – The Trains of the film “The Station Agent”

I recently came across a heartwarming Comedy-Drama independent film about a railfan. Not just an ordinary railfan, but one about a railfan suffering from dwarfism. This film is a great one, and it has potential to teach the younger generations that people with genetic defects can be ordinary people as well. The movie is called “The Station Agent” and was released in 2003.

Finbar McBride had only one good friend, Henry Styles, who owned the Golden Spike hobby shop in Hoboken, NJ. When Henry dies while working in the shop, Fin is suddenly out of a Job. However, Henry left Fin a piece of property along a stretch of railroad tracks that also have a wooden caboose and a Morris County Central coach sitting next to it in Newfoundland, NJ. Once in Newfoundland, NJ, he makes the depot his him. Fin keeps to himself, but that does not stop some of the locals to try to become friends, and more than friends. Theres Joe, who owns a Hot Dog truck that sets up next to the depot. Theres Olivia, who almost ran him over TWICE in the same and then there’s Emily, an 18 year old pregnant girl who works at the local library, and then ends up sleeping over at Fins depot. This is one movie that you should not miss out on!

Now, for the information on the trains in the Movie 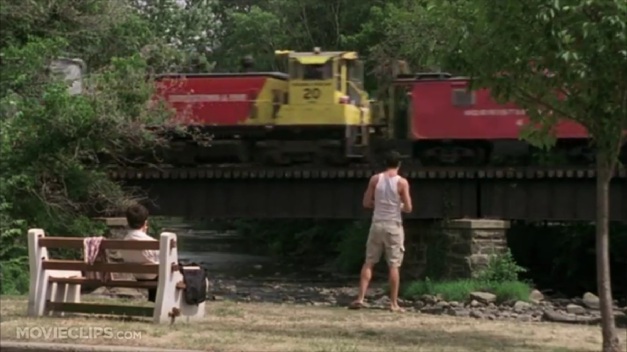 Morristown and Erie SW1500 #20. (Serial #32156, Frame #7913-1, Built: La Grange IL, built as RF&P #91) was built in October of 1966 for the Richmond, Fredricksburg and Potomac. The RF&P ran between Washington DC and Richmond, VA.  In 1992, CSX Transportation bought out the RF&P and merged it into its own system. After the merger, CSX retired RF&P #91 and the unit was sold to the Morristown and Erie railroad in New Jersey. She has been there ever since and is currently in everyday service.

Here’s a photo of the Locomotive: http://www.rrpicturearchives.net/showPicture.aspx?id=1472457 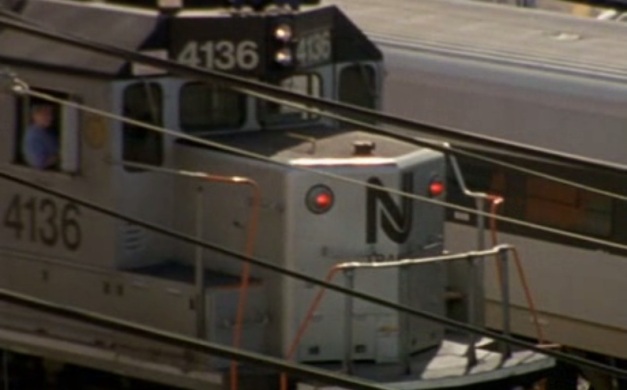 NJT GPF40PH #4136 is a very interesting creature, a Frankenstein if you would. The frame and cab carry the serial #33235 and Frame #7987-22, and was built for the New York Central Railroad in 1967, right before NYC merged with the Pennsylvania Railroad to form the Penn Central. The unit was built as NYC GP40 #3071, after the merger it became PC 3071. After less then a decade, the Penn Central merged with 7 other large railroads to form Conrail, and the unit became Conrail #3071. When the then standard 15 year lease was up, the unit was retired and sold to Morrison-Knudson of Boise, Idaho. While there, the unit gave up its standard GP40 Long hood, and it was replaced with the long full-width carbody long hood of Burlington Northern F45 #6633.  This made room for the Head End Power supply that would be needed since the unit was purchased by New Jersey Transit. This made for a very interesting unit.

Here’s a photo of the two of them combined to form NJT 4136: http://www.rrpicturearchives.net/showPicture.aspx?id=2852754 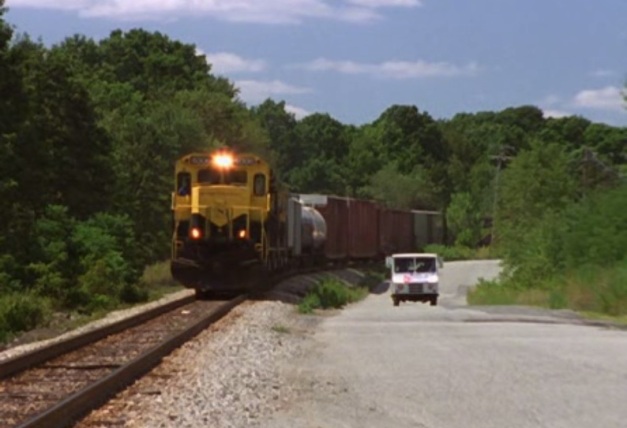 In what can be credited as the only major stunt in the film, Fin and Joe go Train chasing, with Joe driving. The end up chasing a NYS&W Manifest lead by the railroads B40-8’s. The units shown in the film are NYS&W 4004, 4006 and 4008. At the time of the filming, these units were working out the last of their days on the Susie-Q. In June of 2003, the 4 NYS&W B40-8’s, 4002, 4004, 4006 and 4008 were all retired and sold to the New England regional railroad Providence and Worcester.  There’s nothing special about these units, as they are stock B40-8’s.  I should mention that Fin and Joe go train chasing in the Joe’s Hot Dog Truck!

Here’s a photo of all three units! http://www.rrpicturearchives.net/showPicture.aspx?id=2192072 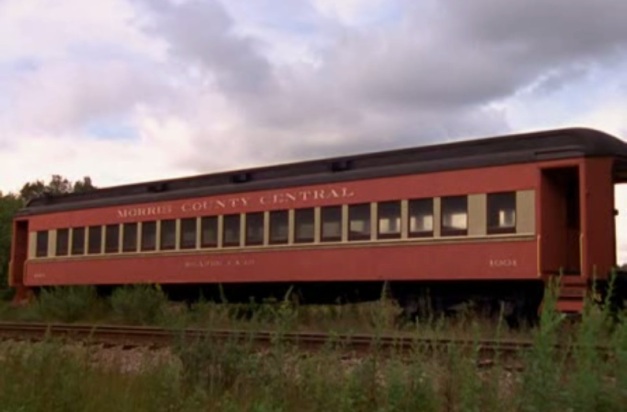 One of the filming locations in Newfoundland was this Morris County Central coach. I am not sure on the history of this particular car. It carries the number 1001 and is named “Beaver Lake”. If anyone has any history on the car, please let me know, ASAP.

Here is a 2009 photo of the car, looks like some cosmetic restoration has been done to the car. http://www.rrpicturearchives.net/showPicture.aspx?id=1570680

Of one last note, there seem to have been a railfan celebrity in the film 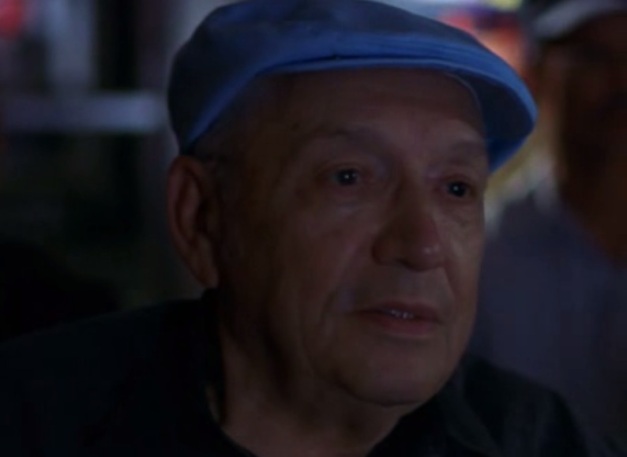 Jim Boyd in "The Station Agent"?

Could this be the late, great Jim Boyd of Railfan and Railroad Magazine? He was a Native New Jersey Resident? http://railfan.com/extraboard/rf_extra_feb2011.php Compare with his Obituary!

I hope you enjoyed this latest blog from CineTrains! If you have any leads that you would like me to investigate and research, let me know and I will do my best!